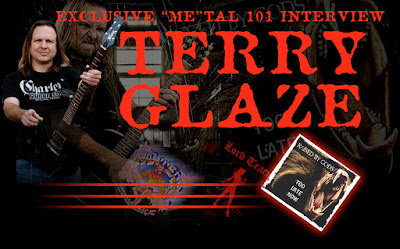 Two weeks ago, I had the opportunity to reach out to Terry Glaze about his career and his new album "TOO LATE NOW"with Raised By Gods. Terry Glaze may be known to many of you as the vocalist of Pantera prior to Phil Anselmo joining the band. You may not know that he went on to put together a series of great albums with his band Lord Tracy and continues to create music with long time friend Mike Herrington as the recording project Raised By Gods. Recently they released "TOO LATE NOW" and it's a great rock album. For fans of the Beatles and Cheap Trick like myself you will enjoy the spirit of this album. You'll find notes about the album's production dispersed in this conversation and we'll delve into a few of the tracks I was really digging at the time we were chatting. So lets get into this awesome interview with Terry Glaze and check out the links to order the cd for yourself. 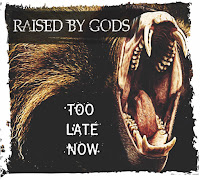 HMT: Hello Terry, I appreciate your time speaking with us and answering some of our questions.

HMT: I love the new album, I found it a few days ago which inspired me to look you up.

Terry: thanks again. mike and i are really happy with the way it came out.

HMT: Please tell me about your new album with Raised By Gods "Too Late Now". I really dig the groove of the album especially on tracks like "Nothing Left to Say" and the title track. I feel an overall theme dealing with ups and downs of relationships. Is the album inspired about experiences in your past or what's going on now in life?

Terry: I get inspired by everything around me, especially relationship ups & downs. i have to credit the grooves to mike.

HMT: Raised By Gods is a departure from the more party starting side of Lord Tracy. Its groove is dark and more personal. Do you feel working and recording with various entities allows you to exercise demons that wouldn't necessarily fit with other projects?

Terry: every project is different. i'm so lucky to play with great musicians who inspire in a unique way.

Terry: they are numbers 1 & 2 on my list. i grew up listening to my mom's beatles records. cheap trick are my favorite band and the reason i wanted to be a musician.

HMT: The album artwork is striking, can you tell me a bit on how you chose the artwork for this album?

HMT: While I have your ear, I've delved into the album and I have a few specific songs I'd like to ask you about.

Wake Me Up - I'm usually a stickler for listening to an album in the order the artist creates it but I'm sure happy this is the first track I heard off this. The guitar distortion is a real highlight on this track. Please tell me about you came up with this sound, rig or pedal recommendation? Did you have to do any experimentation to get the sound or is it just another tool in your repertoire? 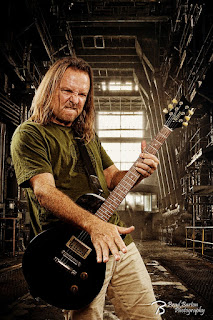 Terry: that's the jack white bumble buzz by union tube & transistor. i plugged in that pedal & the riff was one of the first things that came out.

HMT:
Problem - I was thinking about how you write the music to Mike's drums and this song really stuck out to me. I tried listening to the main beats and I was pretty impressed on how everything seems really cohesive. How finished is everything prior to getting in the hands of Neil?

Terry: that's the arrangement mike played, i just played to mike's track like he was in the room with me. i finish all the tracks and then send everything to neil kernon in chicago where neil takes it all and makes it sound kick-ass!

HMT:
White Lamb Fluffy Bunny - I love the old school vibe of this track. I found myself rocking out in my chair to this. As I get older(41), I find myself getting more into the stuff my parents listened to and exposed my ears to as a kid. This harkens back to the early days of rock and roll. When you first heard the beat did you automatically think of this style and era? Is this one of the tunes you include in your live set?

Terry: that's me doing dwight yoakam doing the beatles. i try and play that song every gig.

HMT:
Red Dress Woman - I absolutely love this tune. It's got a bluesy style that I've been missing for some time. I was thinking of my love for bands like Arc Angels and Eric Gales band while vibing out to this. Most people know you for your vocals but man you are an amazing guitarist.
Since you are building the song around the drums how much leeway does a song like this give you to just lay down those tasty licks? Do you follow the muse and let the song take you wherever it's gonna go? How quickly did this song come together? 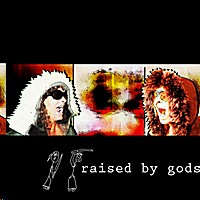 HMT: Lastly, how different was the experience of creating this second album compared to the first? Do you utilize video conferencing like Skype when you are going over the music and fine tuning? Have you been able to sit in the same space with Mark and listen to this album together?

Terry: this second album was like a continuation of the first. mike & I are always recording. the time just seemed right & we had a collection of songs that we liked and wanted to share. i haven't been in the same room with mike in several years. we do FaceTime every now & then. 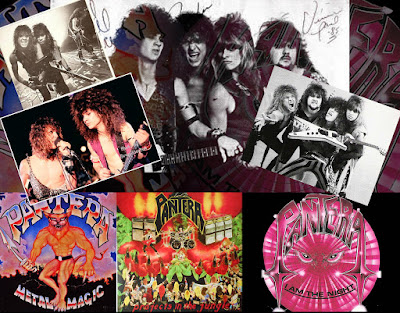 HMT: Many fans know you from your essential role in Pantera as their frontman for three incredible albums. I know prior to Dimebag's death, there was some talk about a one off reunion show between yourself and the guys in Pantera. Have any thoughts of a reunion circulated since Dimebag's passing? How is your relationship with Rex and Vinny?

Terry: i can't see how there could be a pantera reunion without darrell. he was the heart & soul of the band. i'm good with vinnie & rex. rex & i talk every now & then.

HMT:  I know from past interviews that you've spoken about the influence that Vinny and Dime's father had as the band's manager in getting you guys into recording studios early on. Ironically the Van Halen's also had a similar situation. Do you find a correlation between bands that have family in management and the eventual shake up/break up of bands resulting from that influence?

Terry: i always thought vinnie & dime were very similar to the van halen brothers, growing up & jamming together gave them a unique sound. we were lucky to have jerry abbott helping us out, he was amazing. i think it's natural to want to spread your wings in different directions as you mature & grow. 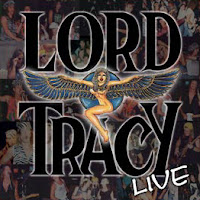 HMT: As a fan of your work with Lord Tracy, I always felt that you put the music first and never tried to follow whatever was trendy. What is your opinion of bands that came out of the glam or thrash era repackaging themselves to fit whatever trend was happening at the time?

Terry: i think all the greats were trying for the best version of themselves, that's how you have long term success.

HMT: The music industry looks nothing like it did even a decade ago. We have the dichotomy of lower costs to produce music for straight to digital streaming purposes versus people just ripping the music off for free. How does the next Pantera or Lord Tracy have a chance of making it these days?

Terry: You have to not let anything get in the way of your dreams, believe in yourself & keep moving forward. 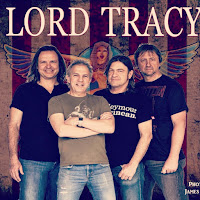 HMT: You started out playing guitar, did getting on the mic happen out of necessity or did you always have an interest in singing?

Terry: i couldn't sit still. i started on piano, then moved to guitar, then after seeing van halen, i got a cordless mic. i knew i wanted to sing my own songs at an early age.

HMT: You have incredible range, how have you kept your voice in such great shape?

Terry: thanks, just lucky i guess.


HMT: You continue to keep a busy schedule playing regularly with several bands. Do you enjoy having the flexibility to play with whoever you want rather than to be tethered to one band's decisions/direction? 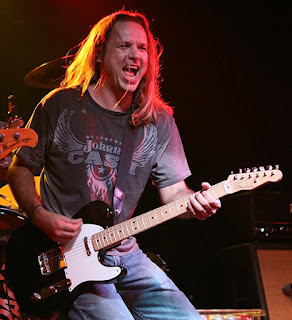 Terry: i would love to be playing with Raised By Gods every night, it's just not possible at the moment. i love playing music & feel so lucky that i get to do it every day.

HMT:  I'm currently seeing several bands reuniting for summer tours where there could be as little as one or even no original members of the band playing greatest hits. Do you feel bands often times water down their legacy by playing way past their expiration date or do you think fans aren't even interested in who's in the band as long as they hear the hits?

Terry: that's a tough one, i feel very lucky when lord tracy gets together with all 4 original members. you can't take it for granted.

(Fans hit me up to ask Terry a few questions, I picked two completely different questions for this portion of the interview)

HMT: Fans hit me up to please ask "what your favorite Pantera song was to perform with the band 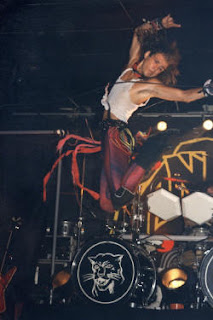 (With the Band)
Terry: "All Over Tonite"
(After the Departure)
Terry: "Mouth For War"

HMT: When I mentioned that I was interested interviewing you I heard immediate responses from folks over social media about how much they enjoyed your time with Pantera. Is there anything you'd like to relay to your old school fans? What can we expect from you for the rest of 2016? New recordings, touring(would enjoy seeing you in New England)?

Terry: i was so lucky to grow up with pantera, that's where i got my start. the fans have been so kind to me. thanks to everyone out there.

HMT: What is the best way for fans to follow you? 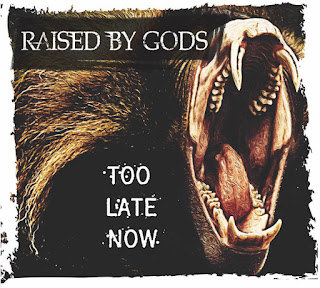