What if Glen Danzig was on Soul Train???

Someone did a beautiful job of merging a Glen Danzig and a Donna Summer song, and it really jumps out at you that this would have worked.  Glen is an important and often underappreciated piece of rock history, and this "mashup" really highlights his best vocal qualities.

Anyhow, just stumbled upon this and had to share.  If you're like me, you'll mean to stop before the end but won't be able to. 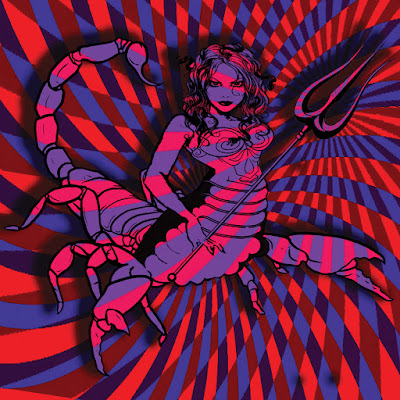 Twenty one years after their first album and The Atomic Bitchwax has not let up.  There is not a single TAB album that is not a must-own, and "Scorpio" may be the best of them all.

And on just about every album, TAB are good for a an instrumental song that exceeds expectations.  Here is the album closer, "Instant Death":

This year is historic for tragic reasons, but now for a good reason: the stoner rock to come out the year 2020 is on a pace to go down as one of the greatest years ever for this genre.

Stay safe, and rock hard
-ULTRA
Posted by Ultra at 9:34 PM No comments: 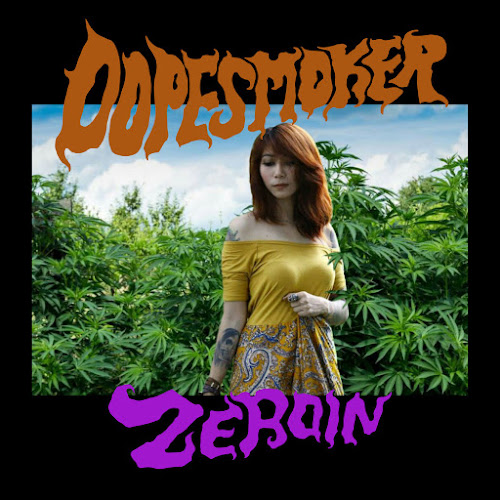 AS ADVERTISED
Look at the album cover, and understand you'll get exactly what you expect when you play this album:  repetitive, fuzzy, crunchy stoner doom.  Dope Smoker's self-description is all you need to know:
"Dope Smoker are a 3 piece rock group from South West Wales where everyone smokes dope & surfs"
If you are familiar with this band, you're getting exactly what you expect.  If you are not, prepare to enter a heavy trance-like state where heavily distorted guitar and bass combine with lazy, hypnotic vocals and plodding drums to make you forget what you've been doing all day.  This is as good a tune as any on this release:
Here's a video the band put together that I think is hilarious.  It contains part of the opening tune, "Go Away":
Dope Smoker are: 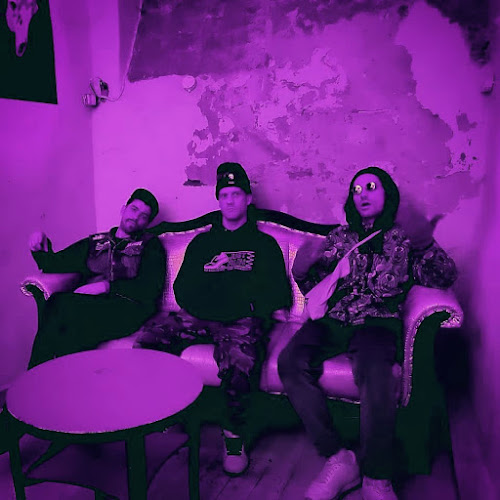 Gareth "Lightnin'" Hopkins - Guitar/VocalsAndrew "Boots" Woods - DrumsNeil "G" Gwyther - Bass
For years, Dope Smoker has given us their music for free on Bandcamp and this has made me happy to pay the $6.17 for this album.  Every once in a while, Dope Smoker is exactly what I need to listen to.
In the words of the late Wayne Static, "Tune it in, chill out, drop dead, I need a fix"
Please share this.  Until next time!
ULTRA
Posted by Ultra at 10:29 PM No comments: 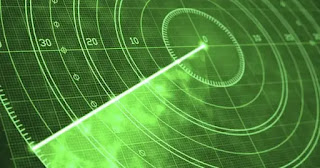 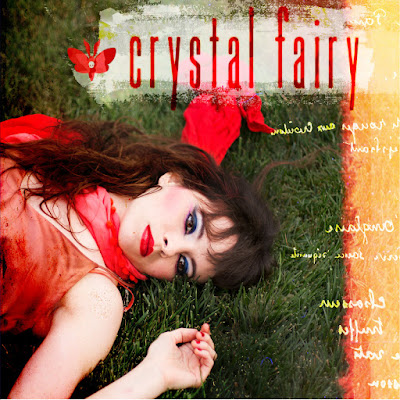 Album art and band name don't give off a heavy vibe?  Well just listen.  This is over 3 years old, but  I just found it (hence the phrase "under the radar").  Who is this band?  Only Buzz and Dale from the Melvins, Omar Rodriguez Lopez, and a singer by the name of Teresa Suárez Cosío, a.k.a. Teri Gender Bender.  If you're like me and never heard this, let me tell you it's probably the best rock album you've never heard of.  Truly inspired stuff, this foursome really took this project seriously and seemed to enjoy what they were doing.   I consider Omar Rodriguez Lopez to be one of the most original and creative guitar players ever, but he plays bass on this album and really just subtly enhances the genius that Buzz and Dale are laying down.  Teri's voice keeps it lively, and she is the finishing touch on a truly unique heavy sound.    Every song is great on this album, but here are a couple of my favorites, "Bent Teeth" and "Secret Agent Rat": 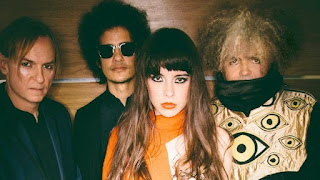 This album deserved critical acclaim, and I'm going to make it my mission to expose as many people to it as I can.  Hope you will too.  That's all! 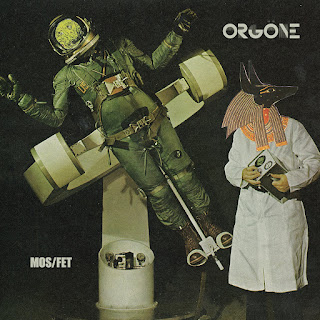 This is so good and so fresh and so different that it demands to be shared.  I will listen to this album hundreds of times; every song is special.  I'm not even going to try to describe MOS/FET except that it goes to eleven and is exactly what you want to hear if you are trying to transcend your current level of consciousness.  Hear for yourself:

Get this album here.  It's about ten dollars (8.9 euros), but you get about 80 minutes worth of what I guarantee is about the most inspired rock album you've heard in a long time. 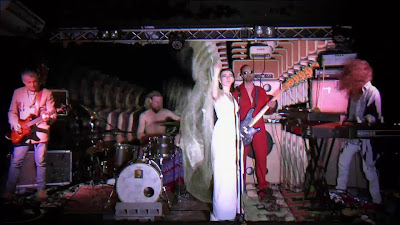 Back next weekend
-ULTRA
Posted by Ultra at 9:51 PM No comments:

NEW VIDEO FROM THE DEATH WHEELERS: DIVINE FILTH
Take the band Karma To Burn, make them watch Beach Blanket Bingo and Rob Zombie movies, then make them take orders from Satan, and you'll produce this song and video:
The Death Wheelers' album "I Tread On Your Grave" was one of my favorite albums of 2018 and the song "Roadkill 69" was one of my top 5 tunes from that year.  They've got a new album coming in September, and if the rest of the album is as good as the song we just heard, the Death Wheelers might be my new favorite instrumental hard rock band. 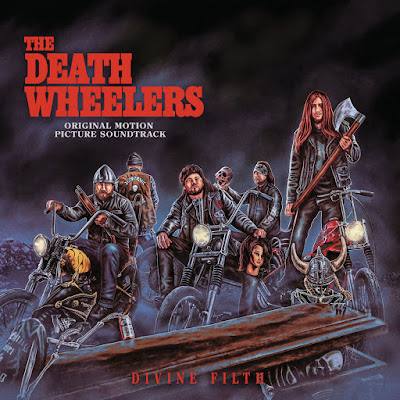 The Death Wheelers are one of the bands who have made Vancouver synonymous with great heavy rock. 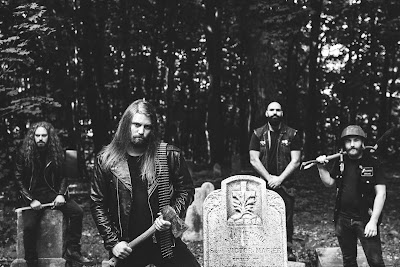 PS: The new Red Mesa album is finally out.  It's essential listening.
Until next time  -ULTRA 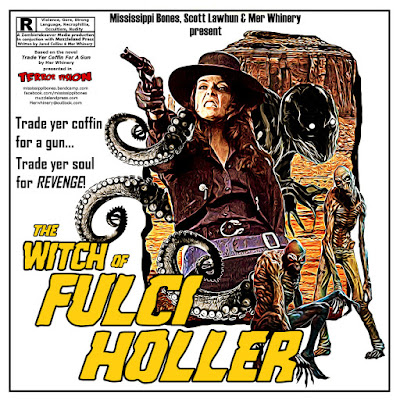 Mississippi Bones have really evolved into something more than just a rock band.  They have become great storytellers through their music.  2018's Radio Free Conspiracy Theory really broke new ground with its mixture of voice acting and musical storytelling.  Now all of us stuck at home in quarantine mode get this nice little 16 minute collection of songs telling a tale of supernatural events taking place in a small town called Coffin Mills.

As always, the music is top rate; this is a cleaner sound than we're used to, but really intricate and compelling, and strangely relaxing.  If you've got 16 minutes to spare, read the story below, then kick up your feet, hit play,  and close your eyes and let your imagination run while the music takes you away.

Here's the story:
(this is just a quick synopsis of the novel Trade Your Coffin For A Gun, written by Mer Whinery.  A digital copy of the full novel is included with your purchase of this EP!)

A frontier town in peril!The savagery of the hungry damned!An unholy trio their only salvation!Southeastern Oklahoma of the 1860s:Little Dixie to some. Hell to others...In the chaotic years following the end of the Civil War, Little Dixie is a brutal no-man's land where life and death are dictated not just by gangs of lawless thugs, but by far more sinister things as well. Shadowy beings that walk the line in the dirt separating Jesus from the Devil, writing their names in blood, terror, and human suffering.Such is the woeful condition of Coffin Mills, a town cursed by a history of dark arts and shameful secrets. Something wicked has been stealing the town's children, something not of this world, or even the next.Salvation arrives in the form of a trio of mysterious gunslingers known throughout the South as the Haints, a legendary band of bounty hunters specializing in tracking prey of a supernatural variety. They kill monsters, plain and simple.Haunted by a violent past that will either deliver or destroy them, will they emancipate Coffin Mills from its otherworldly predator, or will all be lost to something far worse than even eternal damnation?

Mississippi Bones are from Ohio, and are: 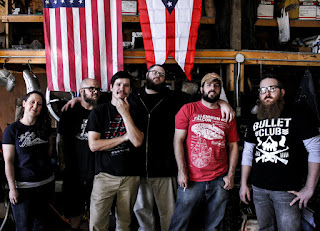 Hope you enjoyed this!
-ULTRA
Posted by Ultra at 8:19 PM No comments: